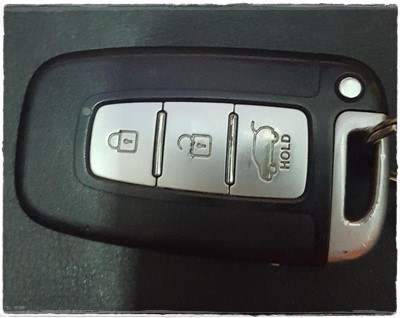 A transponder is defined as a type of radio transmitter-receiver which automatically transmits signals whenever it receives a programmed signal. A transponder and a responder makes up a Transponder. The size of a transponder might be as small as a grain of rice. Whenever a car key is referred to as a transponder key, it means that there is a microchip being coupled in the plastic top of the car key which sends signal to the car’s system and receives signal from the car’s system, and also allows turning on of the car’s ignition, as long as the transponder matches the vehicle. Transponder Chip keys have been used by car manufacturer for within the past 10 and each car manufacturer has different years in which they start using transponder keys.

How locksmith programs a transponder key?

How does a transponder chip key work?

A transponder chip key is an additional security measure and concept that is meant to increase and boost proper user verification levels and access. The transponder chip key emits a signal that instantly communicates with the car’s transceiver. The car will not start if the transceiver is looking for a valid response from the car, and there is none.  A car that needs a transponder key to function will fail to work without one. A transponder chip key without the proper programming might still be able to open the car doors, but it will require an appropriate transponder key programming for it to start. This is part of the cars’ anti-theft system.  A small microchip embedded in the plastic head of your car key will receive a signal from your car from an antenna node which is located around the ignition cylinder of the car.  The car’s system must receive a valid response from the transponder car key or else the car’s system will not allow the car to start. The New challenge and password transponder systems make use of an encryption protocol with a random code.  Assume this is a very complex mathematical algorithm whereby the car is transmitting a 6-digit number and the transponder is programmed to crunch and verify the number and give an instant response. The transponder chip keys have an identification number which the car can recognize.  It also works like an ATM pin, VATS keys for example.  VATS means Vehicle Anti-Theft System.  It will have a resistor with 1 out of 15 different specific resistances.  If a transponder key is made with the valid and proper cuts and it is able to turn the key cylinder, it must still have the correct resistance to operate or else the car will shut down, and typically the lockout will last for 3 – 4 minutes.

How much does it cost to cut and program a transponder key?

As you know that the cost to cut and program a transponder key varies in price, our locksmith company will always charge you lesser than the car dealer and lesser than any of the competition.  Should you have only one working key for your car, we recommend that you should get a spare.  Duplicating a copy costs less than a brand new key.  And if you planning to have 2 working keys, don’t worry we got you covered.

Called Sun Locksmith to come out and remove a key that was broken in our door by a guest, spoke with locksmith saying he could be here in about 45 mins which was amazing to hear, he ended up getting here in about 20 mins and was able to remove the key right away, Sun locksmith will definitely be our go to in the future, great service, great price!

The service was very friendly

My husband lost his car remote key recently and we thought we needed to go a dealership and order new one but I am very glad that we’ve found this place. The service was very friendly, helpful, and quick and the new key we got is working so perfectly.

Locksmith did a great job!

I lost my keys to my home and vehicle last weekend, and he came quickly, and got me inside of my home and car. Locksmith and his team are professional and very courteous. They made sure that I was completely satisfied with their work. They tested all of the keys over and over to make sure they worked properly. I would definitely recommend them to anyone. Thank you once again.

Their workers were absolutely efficient

When I moved to Miami with my family, the main thing in my mind was getting a locksmith to help with the security of our new home. I knew I had to find the very best locksmith in the city and I searched. Luckily I met a friend who had once used the services of Sun Locksmith. I was skeptical at first but then decided to use them. They simply blew my mind away. Their workers were absolutely efficient in their tasks and now our home must be more secured than Fort Knox. Lol. I will recommend them anytime. They are just wonderful.